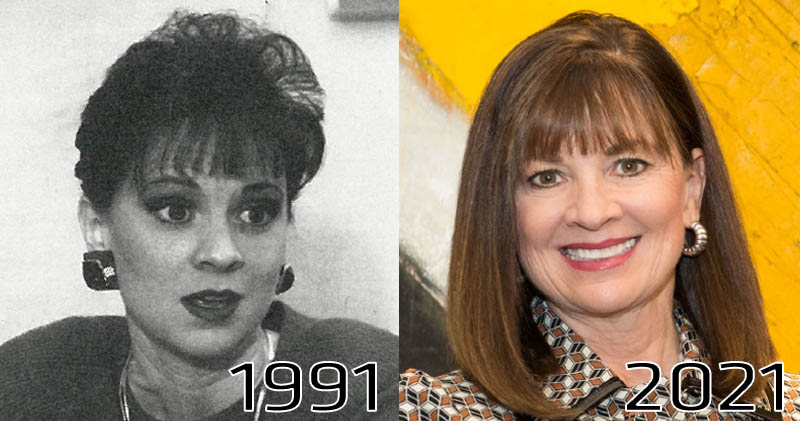 Elizabeth King’s title has changed a couple of times over the three decades she has served Wichita State, but her chief responsibility has remained the same – leading private fundraising efforts for the university and managing the WSU Foundation.

King marked her 30th anniversary at Wichita State on July 29. When she arrived in 1991 to become vice president for university advancement, she was the school’s second female vice president as well as its youngest. She had moved to Wichita to marry her husband, Don King, who owns a construction company.

After the WSU Endowment Association evolved into the WSU Foundation, King’s title changed to president and CEO.

She has served alongside six university presidents in 30 years, including its current one, Rick Muma.

“I have tremendous respect for Elizabeth and everything she has done to help make Wichita State the vibrant institution it is today,” Muma said. “I value our working relationship and am also proud to call her a good friend.”

In her first year at Wichita State, King and her staff raised about $6 million in private funds for the university. In recent fiscal years, fundraising has averaged over $45 million a year. The organization’s endowment has grown from about $53 million in the early 1990s to more than $400 million today. Over the past three decades, a total of $771.5 million has been contributed philanthropically by Wichita State’s alumni and other supporters.

“Elizabeth’s success is due to several factors, but chief among them are her dedication to Wichita State, her boundless energy and her absolute commitment to the values of integrity and relationship-building,” said Dan Peare, chair of the WSU Foundation board. “She is a great asset to Wichita State.”