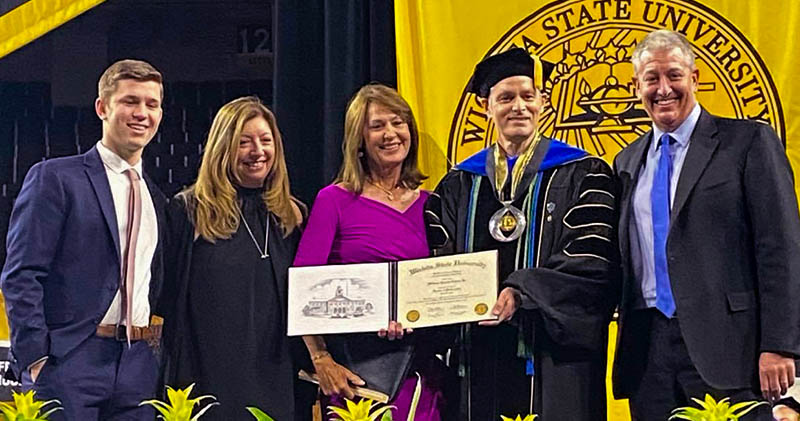 Among highlights of the spring commencement ceremonies at Wichita State this month was the presentation of an honorary doctorate to Bill Cohen, a Wichita entrepreneur and longtime champion of the university.

WSU President Rick Muma presented the honor posthumously to Cohen, who died in September 2020. Dorothy Cohen accepted the degree on behalf of her late husband, saying how honored he had felt to be selected and how much he had looked forward to the ceremony.

Bill Cohen co-founded IMA Financial Group, one of the largest independent insurance brokerages in the United States. The Cohens’ support of the Dorothy and Bill Cohen Honors College at Wichita State helped reinvigorate the program and make it one of the most highly regarded in the country.