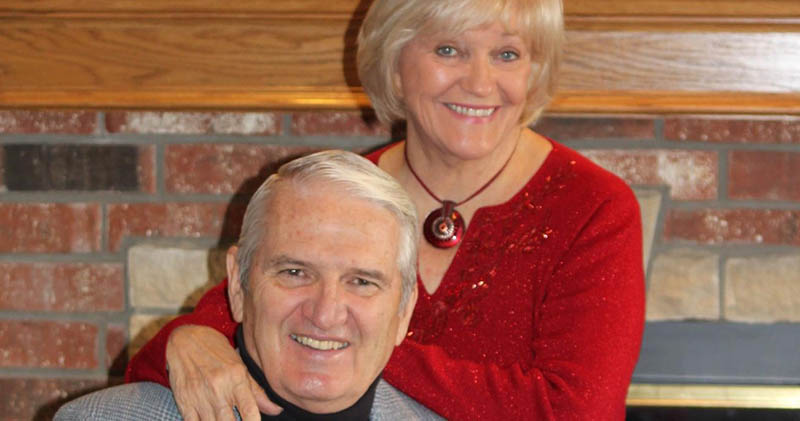 Vic Heckart knows a lot of Wichita State alumni. Those who support their alma mater financially and in other ways, he says, tend to do so because they want the university and its young graduates to prosper.

“It’s all about helping young people,” says Heckart, a 1962 graduate in aerospace engineering. “Isn’t that a measure of a successful society – how we help our young people?”

Heckart and his wife, Ruth, are doing just that. Longtime supporters of Wichita State, they recently pledged a gift valued at $90,000 from their estate to advance three areas: the College of Engineering, the School of Music and the Center for Combating Human Trafficking.

Heckart chose to attend WSU because of its strong aerospace engineering program and never regretted that decision. Not only did his degree lead to a 40-year career in engineering – the last 30 with Honeywell Engines in Phoenix – but he also made great memories and friends through his fraternity, Delta Upsilon.

Heckart describes himself as a “gung-ho Shocker” who serves as the newsletter editor and secretary for the local DU Alumni Board and has season tickets to men’s basketball, something he has been able to enjoy since he and Ruth moved back to Wichita in 2005. He also writes a blog about Shocker sports and shares it with his friends and other alumni.

Even when he lived in Phoenix and, before that, St. Louis, he found ways to stay connected with Wichita State. He organized alumni gatherings in both cities, including a reception for former WSU President Don Beggs and his wife, Shirley, and many basketball watch parties.

“There was one close game when Fox Sports Midwest went to a KU game in the last few seconds of the WSU game, so I called (then Athletic Director) Jim Schaus on his cell phone. He told me that WSU won so I was able to share the good news!”

Heckart has lots of stories about his time at Wichita State and the years after graduation. What they represent is a special affection for and relationship with his alma mater. Now enjoying retirement, he wants to share some of his good fortune with the university that helped prepare him for a career.

A third of the estate gift he and Ruth pledged will provide unrestricted support to the College of Engineering. A third will support the Center for Combating Human Trafficking, an organization he admires for the dedication of its director, Karen Countryman-Roswurm. And a third will go to the School of Music in the College of Fine Arts.

Today, when they’re not involved in WSU activities, he and Ruth enjoy traveling and spending time with their children and grandchildren.

If you would like to learn more about pledging a gift from your estate, contact Mike Lamb, WSU Foundation vice president, at 316-978-3804 or mike.lamb@wichita.edu.